Homestead Woman Locks Son in Dog Cage After Child Was Being ‘Aggressive’: Police 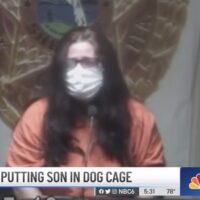 A mother in one Miami-Dade city was taken into custody after she told police she locked her child in a large dog cage because he was “aggressive” to her.

Homestead Police arrived Monday at the home, located in the 200 block of Northeast 12th Avenue in Homestead, after an investigator from the Department of Children and Families reported the punishment.

Once they arrived, police said 42-year-old Adriana Alvarado Gutierrez admitted she locked her son in the cage twice over the previous weekend.

Gutierrez told police she did it because her son “acts aggressively toward her and himself,” according to an arrest report. The child’s father told police he did not agree with the punishment.

By The Advocacy Network on Disabilities | Posted on January 7, 2022